As some of you may or may not know/care, I’m currently studying a part-time MA in Online Journalism, alongside my job as a Digital Marketing Manager at Birmingham City University.

As such, some posts on this blog are more geared more towards specific MA assignments, rather than you, the dear audience.

So, in case you hadn’t guessed by the featured image of dry Tweet Reach graphs (YES, GRAPHS!), this is one of those posts. If this type of blog post isn’t your cup of tea, please feel free to leave now, I shall not be offended. Honest.

If on the other hand, you’re one of the few that are, I’ll be using this post to round-up my tentative proddings into the worlds of data journalism, data visualisation and ‘snowfall’ in this rather exhaustive blog post.

Good luck, it has lots of maps, tweets and an unhealthy amount of iframe-age.

Published for this module…

After learning to use Google Fusion to map data into postcode boundary shapes on Google Maps during the course’s first module – and having a story published in the Birmingham Mail as a direct result, I used this module to experiment further and expand my knowledge of data mapping.

As a result, I ended up creating a number of different maps to visually represent otherwise dry data.

Although created in preparation for the Build the News event, this map wasn’t used in the end. However, it provided further Google Fusion practice, and provided useful practice in mapping data to national, rather than postcode, boundaries.

In retrospect, I would have liked to display the information window content for each country in a more visually engaging way – for instance with an embedded JavaScript-driven Google Chart. This is something I hope to explore for my second assignment.

This map was produced for and used within the Is there a pensions crisis looming? group piece for Build the News.

Produced as part of an MA Online Journalism tutorial, this map helped introduce me to working with APIs, something I wish to explore in more detail for my next assignment.

Publishing the map through my personal Twitter account. One of my Twitter followers, @PodNosh, then picked up on the surprising fact that Birmingham mac cafe had a food hygiene rating of 1 (the lowest), according to the Food Standards Agency‘s most recent data, sharing his own screen-grab from the map.

The conversations that followed on Twitter, enabled me to further engage with Birmingham’s social media and development community, as well as providing a further opportunity to double-check the veracity of the source data, to ensure food outlets were not being  libelled through an inaccurate translation of the source data.

The places with the worst food hygiene in Birmingham and Coventry mapped: https://t.co/TxZmY82Dy8

@podnosh @mac_birmingham @BrummieDave – oo, i’m in the middle of making a little map thing for that sort of thing.

@podnosh @mac_birmingham @BrummieDave – http://t.co/5krLTOY0cA is the work in progress (open the layers icon to get the stars), but…

@podnosh @mac_birmingham @BrummieDave …clearly there’s still a bit more work i need to do on it.

@simonjgray Cool, is it going to pull in reviews from the TripAdvisor or FourSquare API?

@simonjgray I don’t know whether there is or not tbh, just assumed there probably was one

As my team at Build the News had decided to tackle the ‘stretch’ (long-form) category, I performed a lot of research and experimentations in the latest and best ways to publish long form multimedia-laden pieces in a visually appealing way.

In practice, this means publishers using a ‘snow fall’ effect(such as in this BBC article), laying out content in bite-size chunks (as BuzzFeed popularised), or by loosely combining the two approaches.

Build the News project: Is there a pensions crisis looming?

I’ve covered this weekend-long group project in detail already in the Building an interactive, long-form infographic post. However, suffice to say, this was an attempt at marrying a number of successful web concepts into a single consumable piece, namely:

In compiling the content at Build the News, I was careful to source Creative Commons licensed images, tailor headlines, on-page content and meta-data for search engine optimisation (SEO).

The event was also a great opportunity to network with journalists from The Times and other universities across the country. Many of which I’m now either following on Twitter or have connected to via LinkedIn.  Unfortunately,  Creatavist does not seem to integrate well with Google Analytics nor provide its own visitor stats, so I’m unable to track visit numbers for the project.

The sections I contributed to are annotated on Bounce below:

Things that generally worked well in blog posts, according to my trainees.

This blog post was essentially my review of the Build the News and my own contribution to it. However, despite the niche audience for the article, I still tried to employ some of the content layout techniques I try to instil in University staff – or they’ve suggested, during my own teaching sessions, such as:

How do you make your own ‘Snow Fall’ effect?

For this blog post, I attempted to combine several types of blog post format; the ‘listicle’ , the instructional ‘how to’, and an exploratory introduction to a complex topic.

The headline/page title, content and accompanying metadata was phrased to provide long-tail search and social media traffic to the page. This is particularly important given the scarcity of resources on snowfall found through my own research. Plus,  several journalists at Build the News shared their frustrations with me, in lacking the technical skills or access to third-party tools  to build their own immersive, long-form multimedia articles.

According to BuzzFeed’s Jonathan Perelman:

“Success in our mind is not simply that more people saw it. It’s really the rate of sharing; how often the sharing happens on a piece of content.”

So it was pleasing that my ‘Snow Fall’ blog post gained the greatest level of engagement on Twitter, and subsequent visitor numbers, of all the content I published during the module. Reaching just under 60,000 Twitter accounts (by comparison, the blog post above had a reach of 1,000 accounts) over 4 days:

These figures translated into a number of new Twitter conversations and followers within the journalism community, for example:

@paulbradshaw @Brummiedave Amazed no one has created a drag and drop ‘snowfall’ editor as yet.

@tscurrie @paulbradshaw I’d be interested to know what you think of it, it may be more reliable if using Aesop’s template themes

Interview with Jonathan Perelman from BuzzFeed

Part of this assignment’s requirement was to speak to and engage with experts in the areas in which I was interested. Fortunately then, the module coincided with my interview with a key figure from one of the world’s most successful websites, which I conducted as part of my role as web editor for the Rethink Media conference.

In order to develop content marketing, PR and event preview materials for the conference’s blog, I interviewed one of the keynote speakers, BuzzFeed Vice-President Jonathan Perelman by phone (he was in New York at the time).

Posted as a straight ‘Q&A’, the interview was valuable in developing my own understanding of the social web and the importance of publishing sharable content for users. According to Perelman:

“Everything we have created we have done through the eyes of ‘will this be shared across the social web, and who will share it?”

In addition, Perelman confirmed Nic Newman’s prediction that 2014 will mark:

“The emergence of significant investigative reporting that does not come from traditional media organisations e.g. First Look Media, Vice and (surprisingly) BuzzFeed.”

Whilst sharing BuzzFeed’s novel method for measuring the success of a piece of content:

“Success in our mind is not simply that more people saw it. It’s really the rate of sharing; how often the sharing happens on a piece of content.”

In terms of format for the article I chose to publish the interview as an edited Q&A, rather than a straight feature or news piece, for a number of reasons:

My original intention was to also repurpose the interview as an audio podcast. However, the audio quality from the ‘Record my Call’ Android app, without the loudspeaker on and recording in a room next to a jazz band, was so poor, a lot of audio editing in Audacity was needed bring the audio levels up to a standard where I could even transcribe it.

Showing the audio to Radio Lecturer and colleague Sam Coley, confirmed that the audio was unusable as a piece of professional audio.

However, if you enjoy random pops, clicks and hissing, feel free to listen to the audio here.

For my next assignment in this module, I wish to build on the skills, research and experience I’ve built up during the course so far, by delving deeper into the technical side of online journalism.

Principally, this means exploring the use of APIs, data visualisations, maps and JavaScript to tell stories that people want to share.

I’m especially interested in the UK government cuts at present, and feel there is a great potential for data visualisations, maps and web tools to tell stories around this topic in a far more digestible, engaging and sharable way.

For instance, The Guardian’s Cutswatch has the potential to fulfil such a role, yet hasn’t been updated since 27 April 2013, with its map apparently showing only six reports across the UK.

To prepare for this project then, I’ve started bookmarking and engaging with Twitter users who post datasets or visualisations related to disparity of income, opportunity, political preference and the impact of cuts within the UK and the West Midlands.

For instance, from a Twitter conversation with the Head of data journalism for Trinity Mirror’s Regionals, I sourced an obscure dataset detailing the winners/losers per local authority in terms of their central budget allocation:

David Cameron says the cuts are ‘not ideological’. This map shows councils losing/gaining most, by political control pic.twitter.com/evutb0P4AF

“@ONS: What are average earnings where you live? #MindTheGap pic.twitter.com/5zWjA5ShAK” <- they’re total earnings / people receiving them

Meanwhile, the following an example of a quick breakdown in the rise or fall in spending per department and district in Birmingham’s city council’s last budget. This is something I wish to follow-up further in my next assignment:

(figures are in millions)

By aggregating and combining datasets such as the above with They Work for You’s open API of MPs, political party and voting behaviour, I intend to source and create new stories (and potentially a web tool for others to use) to investigate locally and nationally, the accuracy of David Cameron’s statement  that “we’re all in this together.” 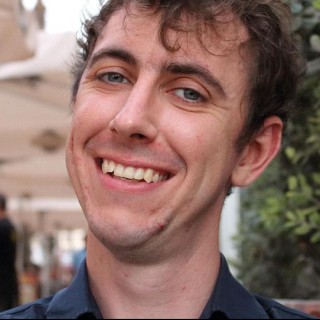